Does anyone remember this event?

My freshman year (82-83) I had a high school buddy who was roommates with Joe.

Apparently Joe got shot one night on campus a year or two before I got to Boone. The story goes he was really drunk one night and was hollering over by some dorms near the football stadium, and someone yelled down from a window and told him to shut up and called him a name or something.

Joe responded (this I remember clearly being told, although that does not promote it's veracity) "your mother wears army boots."

Now that's a pretty lame response, especially for a guy who lived in the honors dorm, but that's the story I was told.

And then the guy in the dorm room shot him.

Joe lived, of course, but the story made him a campus legend. Remember the tunnel underneath 321 where people painted things? Someone painted or spray painted a "Who shot Joe" in the tunnel. I saw that. I was told
t shirts were sold...the time period was around the famous Dallas tv episode "Who Shot J.R." but I never saw those.

So I knew the guy and he was an interesting guy and we had a brief discussion about the shooting...I think it was him who told me the "army boots" line.

But I can't find anything online about it. Anyone heard of this?

Have not heard. I thought you were referring to Joe on A Fistful of Dollars. Was shot many times but was wearing that armor plate.

He may be the only person in the history of the world to be shot for saying "your mother wears army boots" to someone!

He may be the only person in the history of the world to be shot for saying "your mother wears army boots" to someone!

I was a freshman in 81. Never heard about anyone getting shot.

Story I heard was they shot the sign beside the person.

Bring Your A Game!

Remember in ‘69 a group of Lees McRae football players got drunk and decided to park in the Justice lot and shout unkind remarks about our school and football team. Guys from Justice, Gardner, and Coultraine descended on them. Took the campus cops to get them out of the parking lot.

I was a student then and don't remember that at all.

A truer sentence in any context has never been spoken. 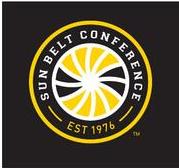 I was a freshman in '82 and I never heard this story. I did however hear plenty of "Hey Joe...where you going with that gun in your hand" rocking through my speakers at Eggers.

The last name might help. He called the guy's mother a prostitute. If you had the last name then public records would surely show a shooting. There might also be some retired boon PD on here that could help.

appdaze wrote: ↑
Tue Feb 23, 2021 11:45 am
The last name might help. He called the guy's mother a prostitute. If you had the last name then public records would surely show a shooting. There might also be some retired boon PD on here that could help.

I sent a message to my friend. He can't remember Joe's last name, mainly because he spent most of the year living with his girlfriend down the hall. I might get bored and to another google search, but it's not looking good now.

I was there same time and remember the "Who shot Joe" but not the back story. I don't know that I realized someone actually was shot, but it's all a bit hazy now. And it was kinda hazy then too. Pretty impressed that you remember all that you do.

I enrolled in August 83 and have never heard about this until now.