No major changes in overall forecast thinking for State College, PA. Pepper in the change for a few thunderstorms along with the shower chances. Take your rain gear. No umbrellas in the stadium are allowed FYI.

For those heading to State College, PA, here's the game day break down...

A chance for rain will be with you through the day. I'd expect a shower early with decreasing probability as the game and late afternoon / evening unfold. Not a washout by any means. Temperatures will top out in the upper 70s. Thus, we aren't talking major heat as an issue. Frankly, more of a Boone feel should be had.

HALFTIME: Mid to upper 70s - M.Cloudy, chance for a shower

Safe travels to those hitting the road.

Great things await our Mountaineers this year! It's an exciting time!

Cooler than I expected, not sure it helps us at all though.

I'll tweak forecast tomorrow. We'll see how temp trends hold up over the next 24...either way, we aren't talking big heat and humidity.

Now it's really starting to feel like football season. Thanks WXAPP

I'd have the rain gear on hand just in case...

Clouds are a good thing for game time. That stadium gets very hot even in the 70s.

Remember no umbrellas in the stadium.

The weather is not official until we hear from you. Now I will plan. Thanks!

THANKS WXAPP FOR ALL YOU DO...will pack a light rain jacket. Hope the team brings cleats that don't slip in the grass if we get a shower or two. We will need good traction in hAPPy Valley.

Good to know. Thanks.

A lot of road construction projects on the highways leading to State College:

For those coming up Rt 322 from Harrisburg, be prepared for a long backup heading into that construction zone. It's not as much the construction, but 4 lanes down to 2 on top of a mountain.

Well, I just walked to my office in a monsoon here in State College. The field was likely covered, so it should be fine. It holds up really well in the rain, so it shouldn’t be an issue if wet. Here is a picture of the field from about a week ago: 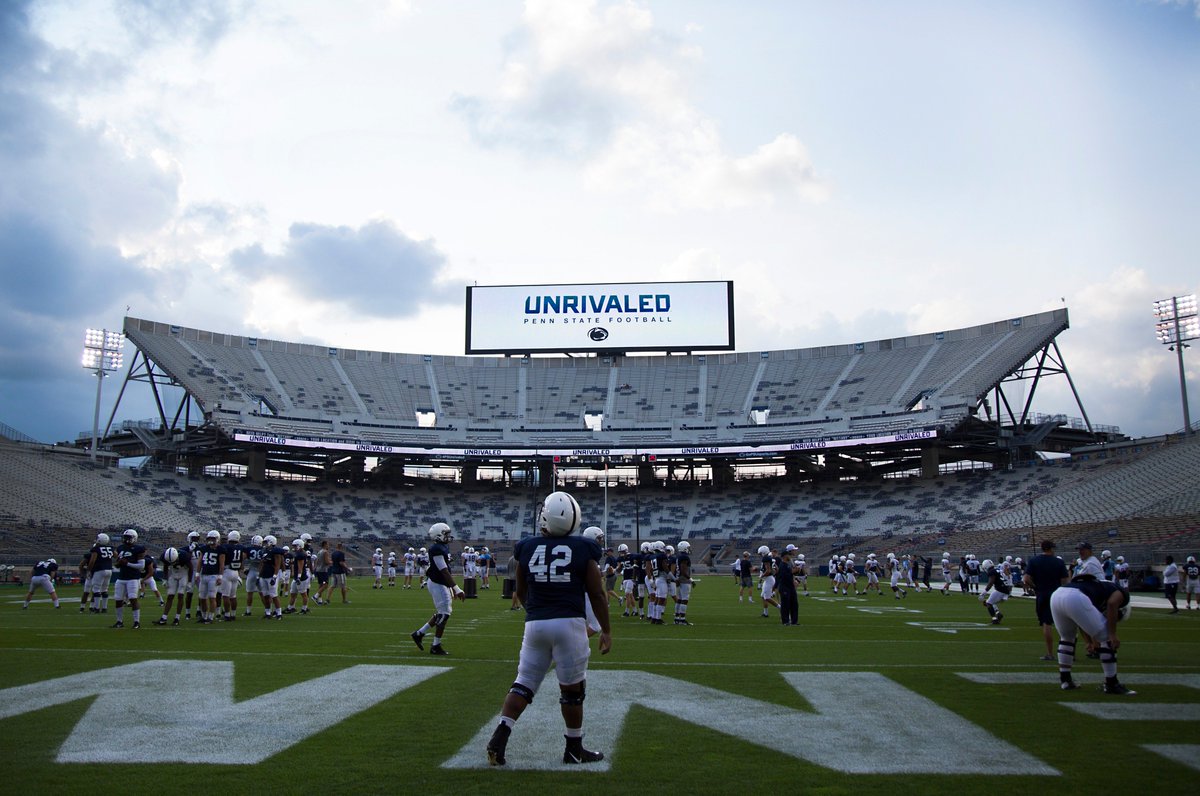